I've done a lot of this stuff ahead of time and I'm going to put it together for you guys and I I kind of have a basic idea of what I'm gonna do but we'll see if I want to change it up as I go so. This is a paper that came from the um die cuts with a view summer dreams and that came out last summer and I'm starting with a red piece of 12 x 12 cardstock and. This is just a six by 11 and three quarter.

I took the twelve by twelve um paper and I cut it in half at six then I trimmed a little bit off the bottom.

I'm gonna use my atg gun and I'm just gonna attach it down then. This is a this background with the cherries it's it was a little bit um softer than just white and.

I grabbed a piece of pink and it was a die cuts with a view solid pink number three and it's textured and um. This is a 7 by 11 and a half.

It's a little bit shorter than the side and I'm a little bit wider than a six by six because I wanted it to um overlap this cherry piece.

I have just a small ink pad that is a scarlet color I have a dabber and I'm just gonna go around my edges you.

With that I'm just gonna put this down on the other side alright.

Sometimes I recently I need to change my I just have one of these tremors and this blade just needs to be replaced around to it and.

On my photos that kind of created this um just like ragged edge.

It's good to have just a nail file this was just a Making Memories nail file and reboard you could use anything you can just use one out of your you know nail supplies and if you just go around the edges kind of will smooth that out.

We have both of those matted and they're gonna go right here.

It cut you know kind of onto the red but i'm just gonna use this green part.

I'm just gonna take my scissors and snip this and then I'm going to layer this right onto my cherry I'm gonna use some of this glue right here it's a just a gel glue I like that glue because it gives you a little bit of wiggle room when you first glue it down you can move things around a little bit.

That's gonna go right here and i'll i will probably what i'll do is maybe stick my something like that.

My lettering is going to go right here and it is i used my scales program and i cut out sweet chef.

That's going to go right there I will glue that down I'm gonna put my cherry on pop dots and I also have some journaling to add to this page and that I did on my computer and I have it on this vellum and I'm gonna stick that journaling right down here after I cut it out and I mount it onto a color tease of paper.

I'm gonna do all these steps and then I will be right back to show you my face everybody. This is the finished product.

I did a little something different with my title I was just gonna stick it right across the top right here but instead I did something a little bit different i put the second word down here just fit a little bit better and the cheery looked better on top towards the top of the page.

For my cherry the fun thing about the cutting stuff out on your cricket is the ability to personalize it yourself.

What I did is I layered it with the green and then I drew a little black line right here for the leaf and then i just took my white ink and a dabber and i inked around the edges and I cuttlebug dit and put some white on top of those cuddle bug dots I used my Swiss um Swiss dots folder.

I used um grosgrain ribbon with the white stitches and you guys know I love grosgrain ribbon with white stitches and then to tie in that white stitching I also took my white gel pen and i stitched all around the edges here and then I also took a red pen and you can see I did red stitching around this pink piece of paper I don't know if you guys have ever seen that there's like a template out that is like a stitching template and I've always wanted that like ever since I started scrapbooking but I have never seen them like in a store and I don't know like where you get I've seen them on like shows where it's just like a plastic template and you lay it down and it has like zigzag stitching and just plain stitching and then you just use a pen to like just stitch and I've always thought that was.

Cool but I've never known where to get it.

That is pretty much my layout very simple it took me about um I'd say you know probably about 20 minutes to do this simple um just layering and cutting stuff out on the cricket.

Anyways I hope you guys enjoyed this video and um I hope you're having a great day we'll see you later. 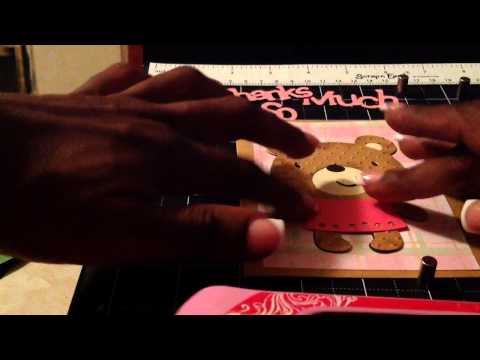 Hi. This is Debra with cricket the new pink today we're going to make a thanks. Much card using Cricut cartridge creator critter and. This is the handbook create a critter we're using page 24 it's the bear hopefully you guys can see that the implements… 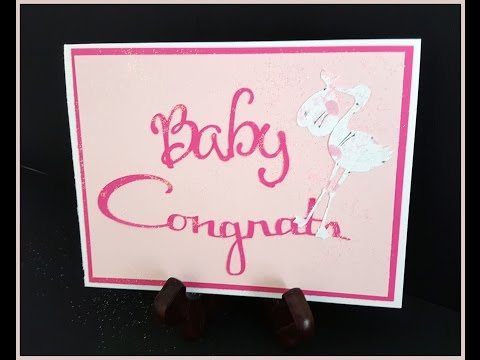 by: Margarita's Madness 3 minutes to read 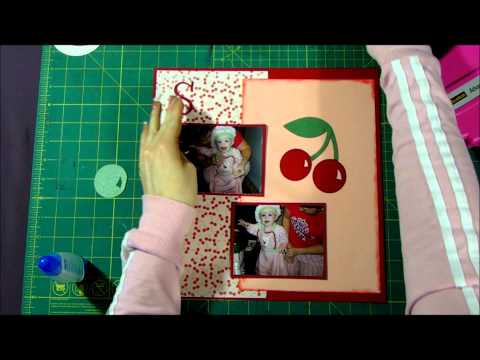 by: Katina Martinez 5 minutes to read