Hi everybody. This is julie with Ready Set stampede blogs com and I have a friend who has a daughter that has a fop and she's been baking cakes and also cupcakes to help pay for the medical bills for her daughter and she asked me if I would help her and designing a little tag and.

I thought this would be perfect with this week to each cartridge.

Let's get started here we're going to make the cupcakes.

Cupcake is cupcake number four on here I'm going to cut it at three and a half inches.

I'm going to go ahead and just press cut here and when. This is done cutting will come back together and cut the other parts that we need to add a decorated. Okay.

I have my pink paper loaded here when I'm going to do have a head go ahead and press shift.

Shift and the fourth one in its still site at three and a half inches and then we're going to end up cutting this portion here.

Let's go ahead and press cut with that and then when we come back we've got to cut this little one year and then the little cherry on top. Okay, what I've done is just the back side of that polka dot a paper from my mind's eye and I think it's called dreamy to. This is the one that I got a from Ross believe it or not.

Let's go ahead and press layers.

I'm going to press layers and then the fourth one in I'm going to keep the inches set at three and a half just because that's what we've been cutting the whole time.

I've got the right image up here in this little screen and we go ahead and press cut and then I'm also going to go ahead and cut do shift and press the layers and cut the little cherry on top the cherry is going to be the blue polka dot but I still think it's going to be super cute on there.

Soon as. This is done cutting will press shift and then layers and then the fourth cupcake in or you could hit repeat last.

Go ahead and press shift and then repeat last and then should just give us the little cherry little circle here oops not doing that let me clear display and let's try this again.

We need to press layers shift and the fourth one in and this should give us this little cherry right here there we go.

Go ahead and press cut and when we come back we'll put this all together. Okay, so. This is it all put together and I went ahead and cut a blue Terry and a pink Tyrion just figured out which one I liked and I really liked doing it this way with a polka dot of paper because then it looks like your little cupcake is actually decorated without having to decorate it it just was done with the paper and.

It actually made it go together even quicker.

I'm just much hole punch it like that and then thread through this really thin pretty pink ribbon and this way she can adhere this on to her cakes that she's made or cupcakes whatever she decides to do but anyway, that's the little tag example that I did for her and hopefully she likes it.

I'll send it off and see what she thinks thanks for watching guys have a great day bye bye. 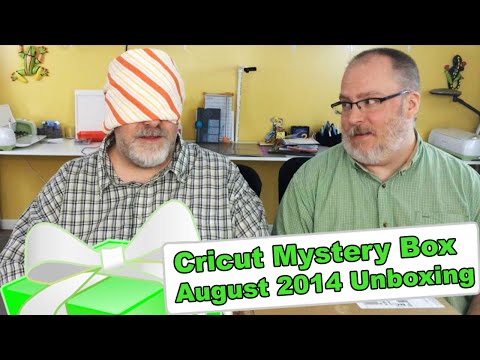 by: Crafts By Two 2 minutes to read

What are you doing the mystery box is. Exciting and fun I wanted to extend it. I blindfolded myself. Okay, here you go I think it's a box really hi and welcome to crafts without a view I'm can and I'm George and. This is really crass by to welcome to… 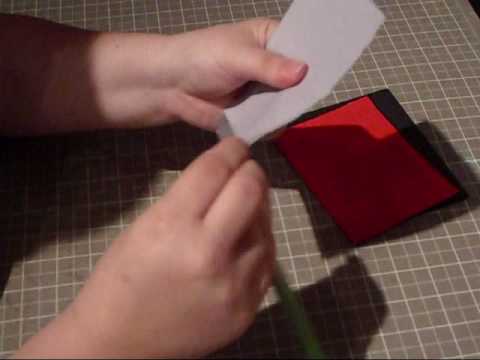 by: MadebyMomo 5 minutes to read

Hi everyone. This is mobile and I'm going to be doing things a little different today I'm going to be making two cards since i haven't posted a video in a while and i'm going to speed things up and do a voiceover. Right here i'm making a really cute hello…

by: TheBugJunkie 6 minutes to read