In this video we're going to introduce the HP 10bII financial calculator as well as walk through a couple of examples on how to use it for calculations with what I refer to as the five key approach before we go through the calculations let me introduce the calculator a little bit. this is your HP 10bII financial calculator Up in the top row you'll see what we refer to as the five key approach The number of periods interest rate present value, payment and future value Most of our time value money calculations will use those five keys We also will occasionally use this cashflow button when we deal with uneven cash flow streams to calculate a rate of return, interest rate per year, or our net present value A quick overview before we get started going through the calculations. A couple of key things one is shift buttons There are actually two shift buttons on the HP 10bII One is a blue shift button The other is orange Notice that as you look at the calculator some of the buttons have a shift that is blue or functions that are blue and functions that are orange All the time value money button shifts that we want are orange so whenever I say shift I'm always talking about this orange key here. The blue is more for some statistical functions, but for the time value money functions we're always referring to the orange shift whatever we say shift So let's good ahead and turn our calculator on When we do that we will see that the default setting for the calculator is two decimal places Financial calculators normally assume people want to see dollars and cents, so that's the default setting While that's convenient for a lot of calculations, there are sometimes I want more than two decimal places. Maybe I'm calculating a percentage or doing something else and I don't want it to round off to two decimal places. So the first thing I want to do with my calculator is change the number of decimals that it will display to nine.

That's the maximum the HP 10bII will display I like to send it to the max that way i can round off to what I feel is appropriate If you want to you could set it to five or six or something else if you don't want that many decimals but again I want to set it to the maximum, then I can choose they appropriate number to round off to. So to do that I'm going to use this DISP for display function Note that that's a shift, it's in orange so to change that I want to do -- shift DISP and now I want to tell it how many decimals I want to display The screen there has two decimals on it I'm going to press nine and once I do that, my screen now has nine decimal places displayed on there So now it's got the maximum number of decimals. Another setting that I'm going to change right now, just to familiarize you with it, is this periods per year.

Sometimes we'll do calculations with annual payments, and that's where we'll start out But other times you might want to do monthly -- maybe you're figuring a car payment or a mortgage payment. Or maybe you want to figure savings for retirement and you're going to save out of every paycheck. You get paid bi-weekly that's 26 periods per year So different problems are going to require different periods per year. In order to see what it's set at if you hold down on this clear all button you'll be able to see your periods per year That's in orange so we have to do the shift, press the clear all and hold it. When you hold it, you see your calculator showing what periods per year it's currently set for. And right now my calculator is currently set for two periods per year for semi-annual -- will use that with bonds. But you might see 12 there, you might see 1 there, whatever it's currently set at. Now in order to change that you need to tell the calculator what you want to be So we're gonna set our default to one period per year.

So just press one and then we want to enter that as our P/YR Again, that's a shift function so we have to press shift and then periods per year Now when I go do that shift clear all Notice my on-screen display says one period per year That's what I want Now, your periods per year will stay at whatever you set it at until you change it. If you want it to be monthly and you set it to 12 it's going to stay that way until you change it back. Turning your calculator off and back on does not change the periods per year. Remember anytime you're changing from one type of P/YR to another you have to set your calculator up to do that. Another setting which we're not going to use very often in class, but sometimes comes in handy is the Begin/End setting and this deals with annuities Annuities are equal periodic cashflow streams and somewhere you might encounter an annuity might be a mortgage payment our a retirement saving situation where you're saving $100 per month every month. Note that in both of those situations you making the same cash flow every period over a fixed number of times. Normally we assume cash flows come at the end of each period, but occasionally the come at the beginning of each period. The default setting on your calculator is end of period and that's what we're gonna use most often.

But if you see a problem that says cash flows come at the beginning of each period you need to change your calculator for that. In order to change your calculator you want to use this begin/end function here. Again its a shift, so your going to have to press the shift function to get there What that does is every time you press that, it toggles it back-and-forth. See on the bottom of your screen now it says BEGIN If I press it again, shift begin/end that'll disappear. Shift begin/end and it's there.

so whenever it says begin on the bottom of your screen, your character is set for beginning of period payments If you see that and you don't want beginning a period payments you've got to change it or you're going to get the wrong answer. Again, if you see begin, you're set for beginning of period. If you see nothing, you're set for end Let's go ahead and set it for end right now. So we need to get rid of that began by toggling. 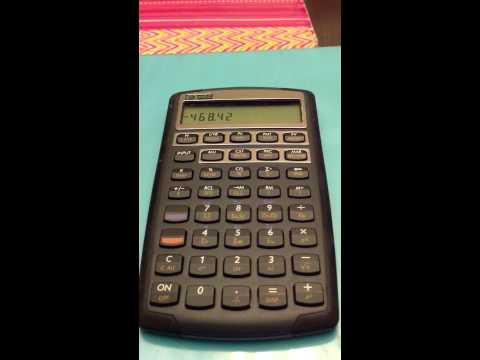 by: Jason Hudson 1 minute to read 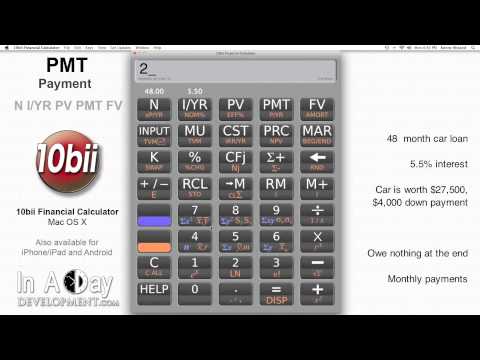 by: InADayDevelopment 2 minutes to read

Hi. This is Kyle from in-a-day development welcome to our video tutorial on PMT or payment PMT or payment represents the amount of your regular payment which is often unplayed for this example I want to get a 48-month car loan at five point five percent… 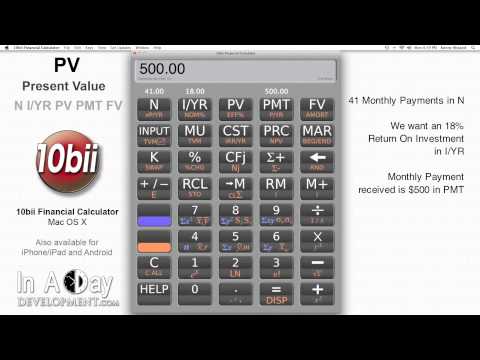 Hi. This is kenny from in-a-day development welcome to our video tutorial on pv or present value PV represents the amount of money something is worth right now for this example I'm going to assume that I'm buying a mortgage note or other payment stream…