Installing the New Wii U 2500mAh

Alright everyone in this video here I'm going to be installing the official Nintendo version of their extended battery for the Wii U gamepad if you watch some of my previous videos I've stayed this in my last video or video two ago that I pretty much bash the hell out of this thing here the nyko version don't buy I don't recommend it it's absolute garbage.

This can go in the garbage or or recycle what what if you guys do with batteries but we're going to install the Nintendo version and we're going to find out if this will work on the American version of the wii u console I don't see why it wouldn't because I don't know why Nintendo would produce different region versions of these gamepads I can understand for the console itself but the gamepad you know even these things are regional owing it's like really that's kind of dumb on your part but we'll find out if this actually does work on the American version.

Let's open this up and install it now obviously when you do get this keep in mind i did get the japanese version so. This is the packaging and. This is the screwdriver that comes with it.

What you're going to do you're going to you got these two screws that holds this door down you're just going to unscrew these out I'm trying to do in a way that way I'll scuff up the paint on the screws themselves because I know what I actually like to take care of myself unlike some people that just I don't know how they do that but you just flip it over take the door off and here's the one that actually does come with a battery with the console.

Just pop that out take it unplug it tell us it to the side now this one here there's no not just saw anything.

It's not going to use these top notch is here ironically Nintendo probably already playing this but it actually has not just on the bottom here to accommodate these little feets here.

You just take it put on the side and just holds it down by friction and then you just actually might be better to plug that in the first take it slide it down and just press the wires down.

It's not catching on the door and it's in there.

Once it's in there take the door put it back on screw them in this video is in real time I'm not editing or cutting this video at all.

This only took about three minutes to do.

The big question is does this Japanese version this battery work on American consuls what I'm going to do I'm going to see this even charges first because you know that's the whole big thing with this.

I'm going to go over to my charging cradle pop this in see if it starts charging which is usually best with these batteries let them fully charged up first before even use it.

For me for example I have to work tonight.

I'm just going to test it out but I'm going to turn it off let it fully charged up.

I will go over to the trip to the charging cradle alright.

Here's my charging cradle here's the gamepad pop this in and it is charging.

We do know it does work or at least charges what about actually turn this on the obviously works.

Yeah there's obviously no problems with this I can't say about the battery life and everything I've been done my own testing shit but based on the test i did for the night over ssion the nyko virtual assuming when that charging that that plug worked properly it actually did lies for a very long time the charging indicator stateside is full.

But i'm just going to charge this up and i'll do some testing zhan it and let you guys know on my final results but. This is the official nintendo version.

I shouldn't have any problems with this to be honest with you.

I should get the same kind of performance on the plug that i did with the with the sock one that came with the console but it obviously does work I'll just turn that off but i'll let this fully charged.

Yeah now i get a proper battery life on this game pad because let's just face it the stock one the battery life just kind of sucked you know licen under three hours which is pretty pathetic if you ask me but but yeah now i can gain for longer sessions on the wii u.

When when i get the game Pikmin 3 for example um i actually have long play sessions with that game now sweet like the video subscribe if you haven't subscribed leaving comments if you have any questions about this and like always have a good one. 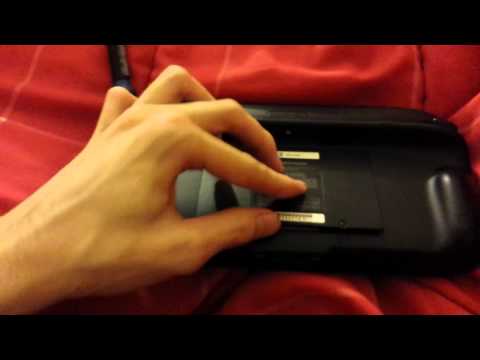 How to change battery in the Wii U gamepad

by: Bradley JohnsonTV 7 minutes to read 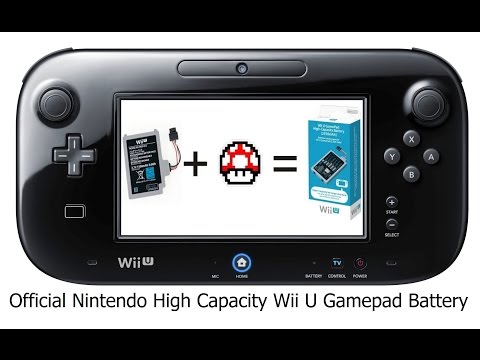 by: Adam Koralik 12 minutes to read

Figure it out hello. This is Adam Corley with figured out productions the following video is part of our quick shoot series hey guys damn here and before I get into this video if you're just interested in seeing the package that's right here being in… 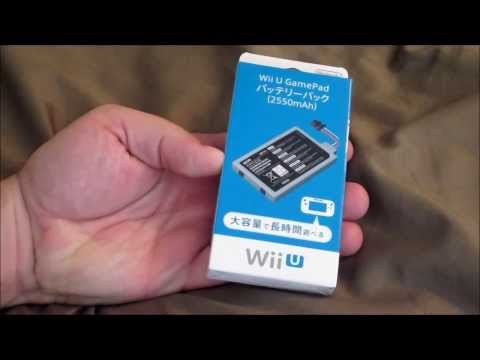 by: Crusherbad64 1 minute to read