Today we are going to make a Reese's Peanut Butter Cup lava cake get in here guys lava cake let's make it we usually just get peanut butter that's 100 percent peanuts that's all we look for like how liquidy that is that'll work fine when we make this cake you can either put a scoop of peanut butter right in the middle just like right out of the jar or if you want to make it better and pack as much peanut butter as possible into the middle you're going to want to do one of these. This is a frozen disc of peanut butter.

We poured peanut butter into a cookie cutter. This is a cookie cutter. This is needed if you want to maximize the amount of peanut butter in the center of the lava cake not totally mandatory you can just spoon in some peanut butter to the center of the lava cake but if you want to go hard and you want your lava cake totally filled with peanut butter you need some kind of vessel to form the peanut butter we set it on a piece of parchment paper and let it freeze for about an hour you could do a saran wrap ball or something to get creative with it oven is preheating to 400 degrees now we're going to get our dry ingredients together we need two teaspoons of coconut flour now. This is for the chocolate cake two tablespoons of erythritol and people always ask can you use swerve can you use powdered stevia yes you can just look up the substitution ratio one tablespoon of cocoa powder the good stuff and a quarter teaspoon of baking powder then just mix that all together once that's pretty evenly mixed we're going to start working on the wet ingredients.

That was 40 seconds in the microwave the butter melts the chocolate doesn't really melt but once you mix it around chocolate will start melting it's looking good now we're going to add some cream tbsp actually let's throw the stevia in first five to seven drops of this stevia liquid stevia one other tip guys is you might want to add a little bit of sweetener to the peanut butter if you like your stuff super-sweet cuz it's just peanut butter.

If you want to add a little sweetener to it that'll make the whole dish sweeter I like mine not that sweet though now let's add a tablespoon of cream and an egg you want to mix it right away.

It doesn't turn into a scrambled egg.

There we have the wet ingredients complete now and it's time to start adding in the dry let's go with half the dry first a little more than half mix that together really comes together into a nice brownie batter consistency add the rest that's pretty much what you're looking for. This is a springform pan. This is a springform pan guys that's what we're going to use to cook this Reese's lava cake. This is a ceramic bowl not very clean if you don't have a springform pan you can try using a ceramic bowl it just might not pop out as well you'll have to just like spoon it out which is also good I'm going to grease the pan I'm just going to use a little coconut oil spray use whatever you want though you can use like butter let's get our peanut butter disc out and. This is a technique I came up with it's called the warming embrace technique to get the peanut butter out of here you basically touch it kinda sensually and you just rub your hand around it and it starts to melt it starts to melt a little just from your body heat if you use like a bowl or something to form this you can dip it in a little bit of hot water too then it should just pops right out now look at that guys that is how you gem as much peanut butter as you can into the lava cake also I'm just going to let you guys in on a secret the one in the photograph we use this bigger size it's a little bit bigger and that fit into that was like pushing the limits though we're going to add half the batter in press it out a little then we're going to put in our peanut butter disc now pour the rest of the batter on you got to kind of form it by hand get it how you want we're going to throw this in for 13 to 15 minutes and it'll be perfectly lava ish in the middle check on it at 13 just in case to see if it's cooked too much it'll be a little shaky in the middle and cooked on the edges that's when you know it's done we'll show you when we take it out. All right, guys.

The next door neighbor's fire alarm is going off it's not ours we promise ignore it let's see what we got here it's been 13 minutes a little too wobbly still give it two more minutes let's go see what the fire alarms about somebody's smoking the reefer it's been another minute and a half I'm going to take it out now check that out see how it's a little wobbly there that's what you want alright guys we are now going to try and get this out. This is the tricky part. Okay, that seems like it worked. This is the moment of truth Oh baby no peanut butter exposure we're good yes. Okay, here we go. All right, guys.

Here's the lava cake we cut into it.

We could do the intro and put that at the start of the video but look at that look how lava you that is.

Much lava let me try this. This is like my favorite thing of all time chocolate peanut butter that's my fave peanut buttery you know what this cake reminds me of did you guys ever see the Disney Pixar short story I lava you we thank God we love this cake.

Much peanut butter if you guys wanted to be super deserty I would add a little sugar erythritol stevia to the peanut butter mixture that's all there is to it guys a little bit involved you can really make this a lot simpler if you want with just not freezing the peanut butter basically just throwing everything in a ramekin and baking it but super good make the lava cake that's all guys it's been real I love it you [Applause]. 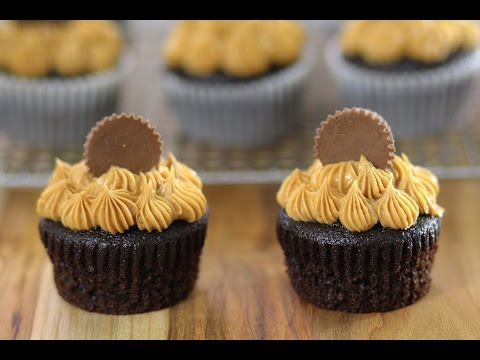 by: Marcel Cocit 4 minutes to read

Hey guys! welcome back to another episode of date night in the kitchen I'm Marcel and. This is my beautiful wife Jeanne how are you always excited my kitchen yeah. I'm super excited because I know this recipe is gonna be really happy with you're making… 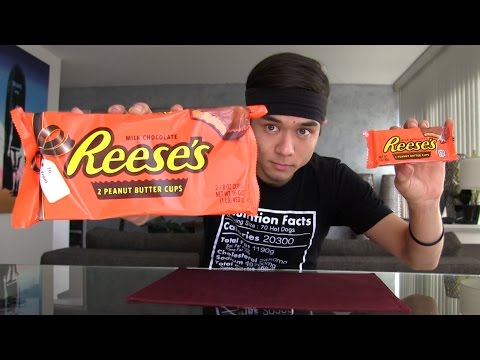 by: Matt Stonie 1 minute to read

For comparison one pound Reese's Cups normal to back. All right. Let's get these other bars out of the way I would see you guys another day but could decide which can you go have one to eat today. To make my life a little easier I posted a picture on… 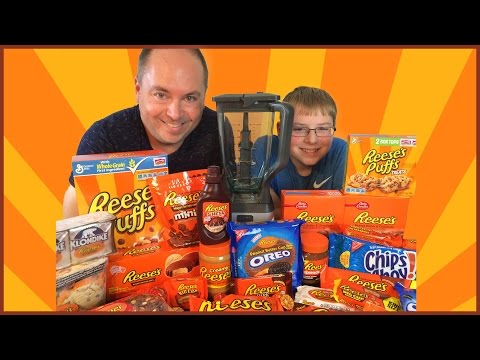 by: The Crude Brothers 5 minutes to read