Top 3 gaming headsets Hey Guys Samman here from Explore Gadgets and today I will be sharing my experiences on my favourite gaming headsets. But before i begin, a quick disclaimer here guys, these are all based on my personal opinions, So without any further ado, lets get started First we have the Logitech g933 artemis spectrum. G933 comes with all the perks of a gaming headset. For starters, It has adapted a fancy design with RGB lighting, is equipped with 7.1 virtual surround sound AND its wireless. I have to admit G933 looks absolutely stunning with the RGB lights turned on.

By the way, these lighting can be configured to different modes via Logitech�s proprietary software. With a black, patterned design; rectangular ear cups; and a large, padded headband, the Artemis Spectrum's industrial design looks like something out of a video game. The ear cups swivel, which is a nice touch, although it took me a while to put on for the first time as the headband does not extend that much.. But Once it's in place, the Artemis Spectrum has a comfortable, secure fit. The earcups have this mesh breathable foam that lets your ear breathe and there is minimal noise cancelation due to the material choice. And Well the setup is really helpful in gaming marathons as your ears do not get sweaty, One of the interesting design choice with this headset is the way it stores the wireless adapter.. Each ear cup houses a removable panel: one for the battery, and one where the USB adapter clips in during transport. It's inconspicuous, and ensures that you won't lose the adapter when it's not in use.

Further more G933 comes with 3 additional cable to be used with mobile devices, consoles, televisions and other high-end audio setups. Thanks to 7.1 virtual surround sound, This wireless headsets produces nice, crisp and balanced audio with minimal delay resulting immersive gaming experience.. I could easily listen to my enemies casting spells or even detecting invisible enemies with World of Warcraft. Furthermore, the ergonomically placed volume wheel, mute and power button along with 3 customizable buttons adds to your gaming experience. Adding more to the experience is is its incredible battery life that lasted me about 7 hours with the lightings turned on and 12 hours with the lightings turned off. Moving on, The boom mic folds up against the headset and has a flexible arm that lets you line it up with your mouth. Speaking about the mic , its quality is solid canceling almost all the background noise and even the breathing noise barely noticeable . All in all G933 is one of the best wireless gaming headsets with a number of standout features.

Next we have the sennheiser game zero A gaming headset from a audiophile�s favourite company is something to look keenly into and Game Zero did make a fairly great impression on me. Judging by the looks , You don�t get a fancy design. Rather The headset embraces a clean and simple white-and-black design with hints of red in it, and it fits comfortably over the head via an adjustable headband and 90-degree tiltable ear pads. Talking about these ear pads, the thick but soft tailored leatherette double layered memory foam enables for hours of comfortable gaming. Personally I played Battlefield 4 for around 4 to 5 hours without experiencing any discomfort, irritation or pressure. Part of which can be attributed to its light weight design as well. The G4Me Zer0 which is available in white or black � arrives in a sleek black portable hard carrying case which is perfect for those who bring their headsets on the go and don�t want to worry about damage and messy wires.

Interestingly The entire headset folds in on itself to fit the carrying case which is perhaps a rare example of flexibility in premium headsets. Talking about the sound quality, The G4me Zero does a fantastic job of eliminating background noises in crowded environments, allowing the sound of games and media to come through clearly even in a relatively noisy environment. And Thanks to Sennheiser�s �Ergonomic Acoustic Refinement� technology, Game Zero delivers crystal clear surround sound experience with virtually no signs of distortion as I have experienced while playing Counter Strike or listening to music. Furthermore, the in-game sense of distance with the headset is absolutely amazing as I even managed to pinpoint where the bullets are fired and where explosions happened. Unlike Cloud Revolver, the volume controls are ergonomically placed on the right side with a pretty great retractable boom mic. The interesting thing with this mic is it mutes when you lift it up with that satisfying clicking sound.

However I really wish this mic was detachable given its bulkier form. In short, the Sennheiser G4me Zero is a good headset. The audio quality meets the needs of gamers as well as audiophiles and while the design may look bulky, the headset is lightweight, adaptable and extremely comfortable. Finally we have hyper x cloud revolver As with any gaming headsets, the aesthetics does have a huge impact making it a stand out from any other normal headset and Hyper X Cloud revolver is no stranger to that design philosophy. While it does not adapt aggressive design with RGB LED lights, the eye-catching black headset packs a sturdy steel suspension frame that covers a sporty looking form headband which is fully adjustable. Adding more to its design language is the somewhat snazzy looking red exhaust likes circles on both ear cups .. This headset is surprisingly lightweight giving you hours of comfortable wear.

And the soft leatherette material on the ear cups further adds to the comfort. Coming to sound quality, the headset does great job while gaming. The 50mm drivers and a closed ear cup design lead to minimal sound leak due to which the end results are quite awesome. While playing Battle field 4 and Bio shock infinite, Cloud Revolver managed to bring out sound of the footsteps, gunshots and even the vocals distinctly clear...On the contrary listening to music might not be a bad idea either as these headsets does give out good amount of details at low and high end. Quite thoughtfully, Kingston has also included a splitter for all you PC online gamers out there as communication is the key for strategy and tactics. Further more I really like the tangle free braided cable. Few downside with these headset is the detachable boom mic that does pickup background noise and even your breathing and I really.

really wish that these microphone would swivel.. One more annonying thing is The steel band that joins the headset's earcups can produce a distracting ringing sound when it's touched or bumped. Keeping these nitpicks aside, Cloud Revolver is a great pick if you want a incredibly comfortable, high quality gaming headsets with a relatively cheaper price tag. So those were my picks for top 3 gaming headsets. Do let me know in the comment section what�s your best gaming headsets. Give this video a thumbs up if you liked the content. Subscribe for more.

And as always Thanks for watching and you guys have a great day. 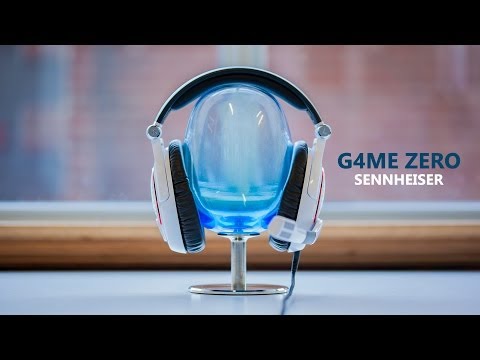 by: HardwareCanucks 7 minutes to read

This video is brought to you by the world's first 2.5 inch dual Drive Western Digital black square dual Drive is available now at NCIX hello everyone. This is Dimitri with Haruka Knox and Sennheiser's game line has just expanded with a few new headsets… 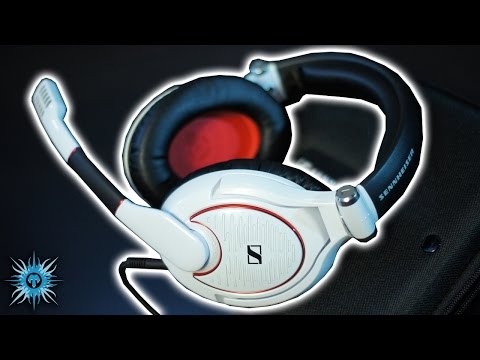 by: PureSolidness 7 minutes to read

Oh you what's going on broken girls today i'll be reviewing one of my favorite heads it's today and this recently released sennheiser game 0 professional noise blocking gaming headset. This is a successor to the well-reviewed sennheiser pc 350 special… 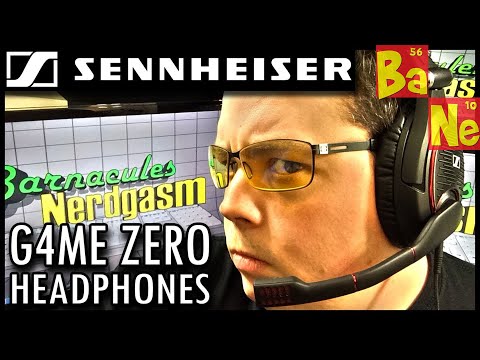 by: Barnacules Nerdgasm 20 minutes to read